Google recently announced they achieved Quantum Supremecy the holy grail of quantum computing and major progress of the new tech.

While incredible news for the science and tech community as a whole, what does it mean for XRP and crypto’s, will they be hackable?

Quantum computing is now ready to go, Google appears to have reached an impressive milestone known as quantum supremacy, where a quantum computer is able to perform a calculation that is practically impossible for a classical one

Many are worrying quantum computers could be powerful enough to hack algorithms and the encryption of XRP and crypto.

Quantum computers could also be used to crack some forms of encryption that keep the internet secure. However, people are already working on alternatives that wouldn’t be so easily broken. There are certain quantities that you’d like to know that you can’t easily learn from experiment and can’t calculate with supercomputers today

Whilst this is a gigantic leap in progress for quantum tech, full mastery may be many years off yet, the issues holding it back are complex.

At the quantum level, things get very unpredictable in a machine that is required and designed to be perfectly predictable.

Also, on the quantum computer to-do list is error correcting codes. Classical computers have mechanisms to make sure that when little mistakes happen they are automatically rectified.The same will be needed for quantum computers, especially considering the delicate nature of qubits

The issue is scaling the of quantum qubits, at that scale, everything seems to do its own thing leaving tech experts scratching their heads.

Googles current quantum computer Sycamore consists of only 54 qubits, of which one failed, but experts say they will likely need thousands.

We shouldn’t get too carried away with this, it is an important step in the era of quantum computing, but there’s still a long way to go yet. Qubits must be isolated from vibrations as they can be easily disturbed, and there are many competing ideas on how best to do this. As well as Google, IBM, Microsoft, Intel and others are all looking at how to advance the technology

Although Quantum computers may be a way off it is generally accepted that once mastered they will be a very real threat crypto security.

And it is not only digital assets that we need to worry about, quantum computers could also render most internet encryption useless.

As we have said it is likely that the technology needed to break crypto and XRP and crypto is some years off.

With geniuses like David Schwartz working on counteracting quantum computing power, its unlikely to be a major concern for some time.

It’s definitely a threat. Fortunately, it’s not that difficult to add new crypto algorithms to the XRP Ledger, and you can keep your existing receiving addresses as well

According to Schwartz, it would not be difficult to protect XRP from quantum computing power, just add a new algorithm once needed.

As for Bitcoin and other digital assets, they are just as vulnerable as XRP, as open-source technology the solution would likely be shared. 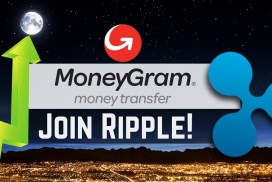