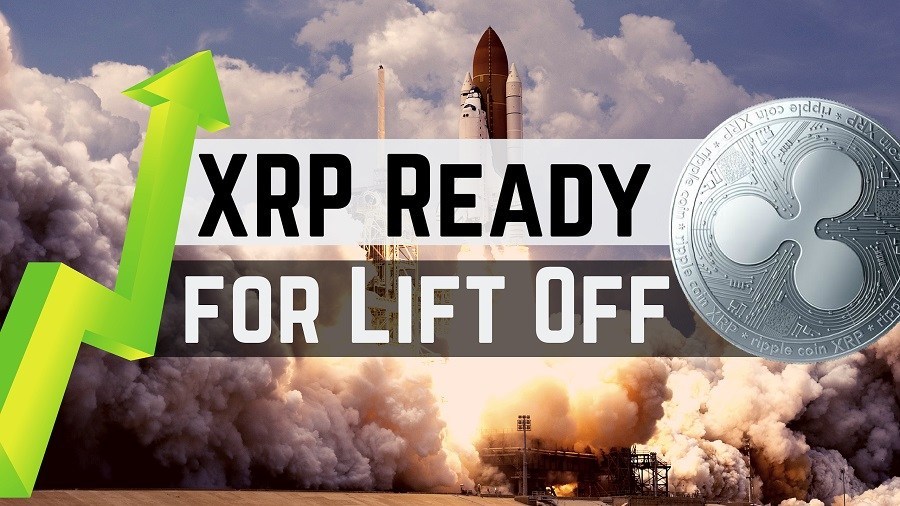 As we predicted a few weeks ago in our last blog, we are experiencing the build-up to a huge bull run & XRP could be right at the top.

No! Don’t be despondent, if you have already invested in Ripple’s XRP Payments token. You already believe in the project, you just need patience.

To understand the stagnant bear market we have been experiencing since the start of 2018. One must first understand financial markets.

“The stock market is designed to transfer money from the impatient to the patient.”

The base value for these new commodities must be found and we seem to have hit that level now.

Traders are waiting for rules and regulations to be put into place. Then the worlds financial advisors and stock markets traders enter the space.

The value of all altcoins will grow ridiculously high once we hit this benchmark officially.

Let’s talk about some of the cold hard facts surrounding XRP and Ripple. And why we see a $10 XRP at crypto position 1 by the end of summer 2019.

1 Switzerland’s SIX Stock Exchange announced the adding of XRP powered Amun to their stock listings as of 04/02/2019.

Fat stacks in Switzerland, yo…

“We can comfortably say that we expect to release the world’s first XRP ETP within the next two months.”

2 World Bank Excited by XRP | The World Bank, who are they?! They fully endorse XRP for international payments that’s who.

The WB seriously know their sh&t when it comes to international money. Fat stacks can’t remotely describe the level of money they represent.

“We know how important it is to be able to keep track of the money you’re sending which is why we keep you informed throughout the entire process. We’ll confirm once we’ve received your money when it’s been sent to the recipient and we’ll let you know as soon as it arrives at its destination”

“The XAGO Gateway provides an entry point into the Ripple Network. We enable customers to transfer assets, both fiat and digital, locally and internationally, using the Ripple Network. XRP is the native digital asset of the XRP ledger and can be freely sent and exchanged among XRP addresses. This makes XRP a convenient bridge currency. XAGO uses the XRP Ledger as a distributed exchange, where users can exchange XRP for ZAR.”

Last but not least a great interview with Brad Garlinghouse recently where he discusses the future of payments and XRP’s role in shaping it.

“In the future, your fridge will order your food by AI. What are you going to do? Embed a credit card into your fridge?!”

XRP Take Off is Imminent.

So why do we get all of this good news and yet the prices never rise?! At the moment we are heading into the biggest bull run the cryptocurrency world has ever seen. Literally trillions will pump directly into the market over the next few years.

How do I know this? Because there are investors called whales who have millions of XRP.

When the price goes up even by 1 cent, they make a lot of money from it. They sell, take the profit and rebuy and the new lower price because they sold millions. The very same people today did the very same thing with companies like Amazon years ago.

As these pumps and dumps get more and more acute they will eventually give way to the wave of investment from across the planet and the price will rocket upwards.

Back in the last bull run when XRP reached $3.60 and Bitcoin hit $20,000 it was South Korea that helped drive that huge wave of investment.

Shortly afterward the Korean government made new laws governing the trading of cryptocurrency and we have been in a bear market ever since.

The South Korean government has recently broken its silence and is looking to relax these laws to’ help the industry flourish’.

We are not saying that this will drive the next bull run but bear in mind that two-thirds of all crypto and XRP sales come from Kim Jung’s new pals.